Latest Tweets
1 hour, 30 minutes ago
This is an excellent opportunity to play a vital role in the criminal justice system in Dorset. https://t.co/yFw6MEPMce
Follow us

The overarching role of the PCC is to deliver an effective and efficient police service in Dorset. This will be achieved by holding the Force to account on behalf of local people. 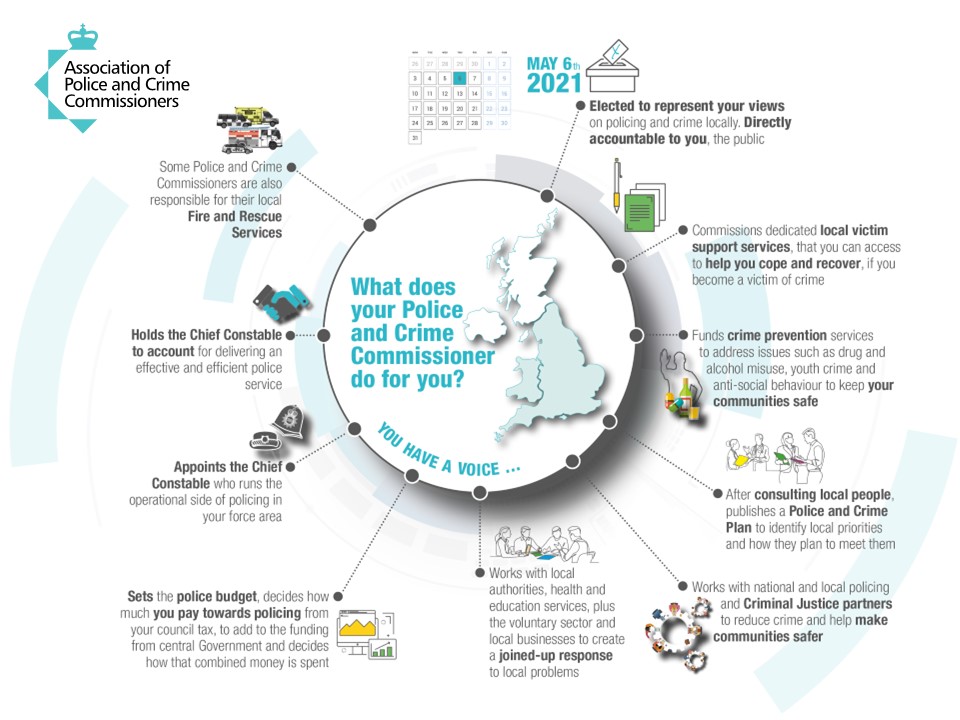 The PCC is supported in undertaking these duties by staff in the Office of the Police and Crime Commissioner (OPCC).

A Police and Crime Panel has also been established to provide a 'check and balance' to the role of the PCC and to support the Commissioner in the undertaking of his duties.

One of the PCC's first duties is to consult with local communities in order to set a Police & Crime Plan, outlining local priorities for his term of office.

It is the PCC's role to agree the annual policing budget, including setting the policing precept element of the council tax. He is also required to publish an Annual Report, outlining his achievements and how he has carried out the functions, and the progress made in meeting the objectives in the Police & Crime Plan.

A key role of the PCC will be to work closely with local partnerships and agencies to prevent and tackle crime and to promote community safety. In particular, there is a duty of mutual co-operation between the PCC, Community Safety Partnerships and local Criminal Justice agencies and a requirement for each to take account of the other's strategic priorities.

In undertaking his duties,  the PCC is required to ensure that the views, priorities and concerns of local people, including the most vulnerable members of the community, are fully considered.

All PCCs are required to contribute towards tackling wider national and international threats, such as terrorism and serious and organised crime. The Strategic Policing Requirement (SPR) issued by the Home Secretary sets out the collective capabilities and capacity that police forces across England and Wales will be expected to have in place to protect the public from such cross boundary threats.

Locally, the PCC represents the public at the following meetings:

In addition to his local responsibilities, the PCC is engaged with the following activity nationally: