Latest Tweets
14 hours, 24 minutes ago
Just a few days left to have your say on paying more to fund policing. Click here 👉 https://t.co/VoXTW27QjB https://t.co/INUgay7YOW
Follow us

PCC and Force Welcome Launch of the Safer Dorset Foundation 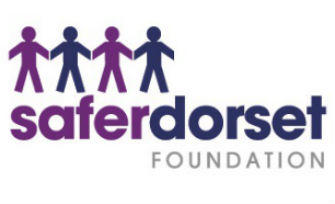 The charity is one of eight pledges Mr Underhill committed to achieving during his first 100 days in office since he was re-elected as PCC on 5 May.

The charity aims to make Dorset the safest county in the country by the year 2021 and will do this though supporting crime prevention and promoting a safer and improved quality of life for those living and working in Dorset.

Initially, funds raised will be used for projects that aim to help children achieve, protect vulnerable people from abuse and fraud and enhance the services for victims.

The Safer Dorset Foundation projects will run completely independently from the Dorset PCC, his office and Dorset Police. It will, however, collaborate with these bodies, working to complement them with their work and grow investment in Dorset.

Police and Crime Commissioner, Martyn Underhill, said: “I am excited to be able to launch the Safer Dorset Foundation and I’m looking forward to seeing it grow. The charity will work alongside the police to help prevent crime and protect people who have been affected by crime. There are some very exciting fundraising ideas in the pipeline and I look forward to seeing the charity benefit the people of Dorset.

“I am confident the people of Dorset will be supportive of the foundation, and I am committing to match fund the first £10,000 donations.  This money will not come from the policing budget but will be funded through specialist grants from Government.

“When doing my precept consultation, I received feedback that many people wanted a way of donating money to Dorset Police which they had previously been unable to do but the Safer Dorset Foundation provides the perfect opportunity to contribute to community safety initiatives. ”

James Vaughan, Dorset Police Deputy Chief Constable and trustee, said: “While the Safer Dorset Foundation is an independent charity, I am proud to support it personally as a trustee and, more widely, its success will help Dorset Police keep people safe and build stronger communities. Because of these mutual benefits, the Force is supporting the charity through the use of buildings and IT infrastructure, although this will not be at a direct cost or the expense of frontline officer time.

“I look forward to being involved in collaboration between the charity, the Force and the other partners and individuals across Dorset that we are keen to work with. In particular, I really hope the Safer Dorset Foundation can work alongside other local charities and services to help support those who are most vulnerable in the county.”

The charity has already successfully secured two new corporate partnerships to help with board development and business planning. The trustees are keen to welcome new individuals and/or corporates to the board of trustees who share similar values and the ambition to make Dorset one of the safest places to live, work and visit. If you have a particular specialism in PR, accounting or charity law, please contact Fiona Murray on charity@dorset.pnn.police.uk

Find more information about the Safer Dorset Foundation and help the trustees match the PCC’s launch donation by visiting www.asaferdorset.org.uk