Latest Tweets
12 hours, 35 minutes ago
Do you want to find out more about plans to pay more for policing in Dorset? Watch our video of last week's Q&A be… https://t.co/6vHDBMPvrD
Follow us

Victims of hate crime are being given advice on how to report the problem in an animated film funded by the Office of the Police and Crime Commissioner.

The short film, produced by Citizens Advice Bournemouth Christchurch and Poole (BCP), provides easily understandable information for people who have experienced hate crime. It encourages them to come forward and report the issue, and explains how the system works in supporting them.

The video explains what a hate crime is – including issues ranging from hoax calls, abusive texts and social media, to physical violence or deliberately damaging someone’s property or vehicle.

Information is also provided about how victims can report hate crime, either by reporting it on the Dorset Police website, visiting a police station to do so in person or contacting a third party reporting centre.

These organisations, including Citizens Advice BCP, have trained staff or volunteers able to talk to victims who may feel nervous about speaking directly to the police themselves, and who can pass this information on to the Force.

A full list of third party reporting centres is included on the Prejudice Free Dorset and Dorset Police websites.

The animation also explains how people who have reported a hate crime will also be contacted by the Victims’ Bureau who will provide an enhanced service to keep them updated throughout the investigation, offering support and referring them on to other services if needed. 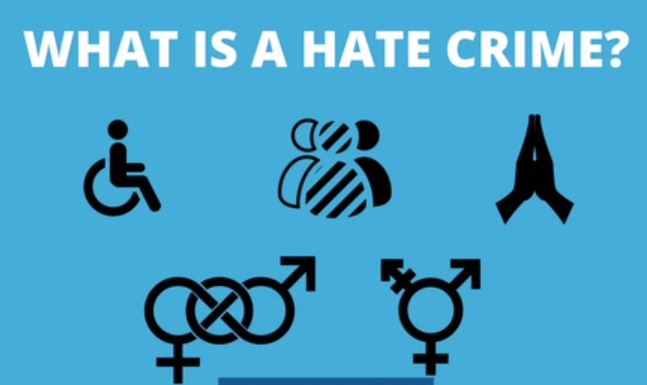 Martyn Underhill, Dorset Police and Crime Commissioner, said: “Hate crime has an appalling impact on victims, but sadly we know that many hate crimes across the country don’t go reported. I’m proud to have supported this film, and I hope they will give victims the confidence to come forward so perpetrators of hate crime can be brought to justice.”

Zoe Bradley, Chief Executive of Citizens Advice BCP, said: “This film has been produced for the specific reason of enabling individuals to raise their levels of confidence and faith within the system to report a Hate Crime and receive support.

“It explains in detail how they can be supported through the process to take some of the fear away. We are proud to have produced this important film in supporting victims of hate crime.”

In an emergency dial 999 or call 101 for non emergency matters, or report online to Dorset Police.

People who are deaf, hearing impaired or speech impaired can go here to report issues.

Hate crime can also be reported through the True Vision website while more information can also be found on the Prejudice Free Dorset website.