Latest Tweets
4 days, 17 hours ago
The Office of the Police and Crime Commissioner for Dorset send profound condolences to Her Majesty The Queen and t… https://t.co/nyArDiqs6y
Follow us

Drama reminds us of need for events like Bourne Free

The Channel 4 drama It’s A Sin was an incredibly emotional watch, as it shone a spotlight on a recent episode of British history.

Russell T Davis’s drama followed a group of gay characters living in London, as they became aware of AIDS appearing on the horizon.

Set over the decade from 1981 until 1991, what first emerged as an obscure and little understood disease affecting people in the USA eventually becomes something that consumes all of their lives.

The show does an incredibly authentic job of replicating the fear, the ignorance and the unashamed homophobia that existed during that time, but it has also helped raised fresh awareness around HIV.

Particularly at a time when the whole of society has become crippled by COVID-19, we should celebrate the incredible work that has taken place in the prevention, provision and treatment of HIV.

While HIV is still a lifelong, chronic illness with no cure, which is on the rise again in some communities, it is now a manageable condition which people can and thankfully do live with.

As we mark the end of LGBT History Month, I want to reflect on the huge strides we have made over the last few decades, but also how – perhaps – on how we haven’t come as far as we should.

We like to think that society has become more tolerant, and a number of positive legal steps have been made since the days of It’s A Sin. But we have recently seen national increases in hate crime, including those based on people’s sexual orientation or gender identity.

And despite the medical advances around HIV, a lot of social stigma around the condition still remains.

It’s for all of these reasons that Pride events across the world are so important – and Dorset’s own Bourne Free is no exception.

I was a trustee of the event from 2012-2019 and now serve as an ambassador. It was also a regular date in my office’s summer engagement programme throughout my time as PCC – an occasion on which we reached out to the LGBT+ community and other members of the public.

In 2019, Bourne Free was the biggest in the event’s history, with thousands of people attending, more than 50 floats taking part in the main procession and over 80 organisations getting involved. And there was some great representation from the emergency services, with Dorset Police’s Pride car there, as well as Chief Constable James Vaughan and the Chief Fire Officer present. 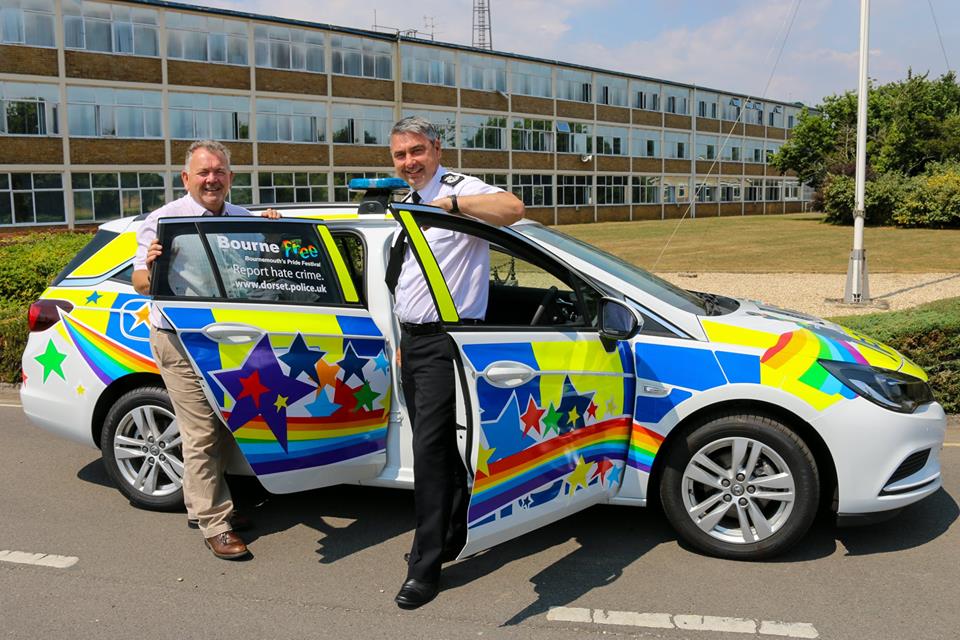 Last year, sadly, COVID-19 meant that the event had to be replaced with a virtual Pride event held online, featuring performances, messages of support and the announcement of a new community fund.

I was also incredibly proud to have won the Steve Collier award to mark my support for diversity in Dorset.

The award, named after one of the event’s founders who died from cancer in 2010, is given every year in recognition of an individual who has carried out work to promote inclusion.

As well as Bourne Free being an important date in my diary for many years, Steve was also a good friend of mine, so it was a huge honour for me to have received this towards the end of my time as the county’s PCC.

Events like Bourne Free are of course a lot of fun, and bring a wide group of people together from different communities.

But It’s A Sin served as a powerful reminder of why we hold these events and why we must continue championing diversity and inclusion.

I also hope, as do so many others, that we will be able to attend big open air events like the Bourne Free Weekender soon. If the restrictions allow these events to take place again safely, I look forward to seeing you there!

The Terence Higgins Trust provides advice on living with HIV. Contact their helpline on 0808 802 1221 for support, advice and information or email info@tht.org.uk.