Latest Tweets
5 days, 3 hours ago
The Office of the Police and Crime Commissioner for Dorset send profound condolences to Her Majesty The Queen and t… https://t.co/nyArDiqs6y
Follow us

As we launch our survey looking into anti social behaviour in Dorset, let’s hear in more detail about how the Force deal with the issue.

We’re inviting all residents across Dorset to tell us about their experiences by completing the survey. In our latest guest blog, Chief Inspector Jim Beashel writes about Criminal Behaviour Orders – one of the tools the police use to tackle anti social behaviour.

My name is Chief Inspector Jim Beashel and I have responsibility for our Neighbourhood Policing Teams (NPT) covering the ‘county’ part of Dorset – the rural areas to the north and west. 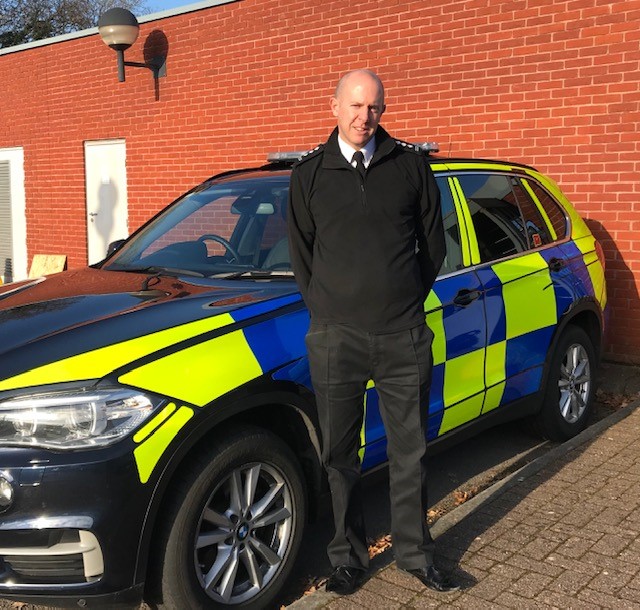 The type of work NPTs are involved in is very varied and includes working with agencies such as Dorset Council to protect individuals that are most vulnerable. We also do problem-solving work to resolve issues affecting the local community including crime, neighbour disputes or drug dealing.

One area NPT often get involved in is anti social behaviour (ASB) and that’s a topic I would like to expand on today.

ASB can take many forms and the label is attached to a wide range of conduct. Examples include youths gathering in a park, noisy mopeds, street drinkers and rowdy neighbours.

NPTs will employ a range of tactics to deal with reports of ASB, such as engaging with those involved and explaining the impact of their behaviour. We also work with partners to identify other opportunities or locations for people to go to such as youth centres.

At the other end of the spectrum we enforce legislation such as the Pubic Order Act and finally, apply to use court issued orders.

There is now a considerable amount of legislation that allows local authorities and the police to apply for orders covering a particular area or an individual. These can be very effective in tackling ASB but because of the restrictions they can place on an individual’s movements and liberty, the police and courts apply a lot of scrutiny before using them.

As demand upon policing not only increases but becomes more varied it is vital that the actions we take are effective at solving the problem we are trying to address, have the support of the community and deliver value for money.

Over the last 10 years Dorset has had a number of police officers and staff undertaking academic studies on a range of topics with the intention of ensuring we deliver evidence-based policing.

I am currently studying for a Master’s Degree with the University of Cambridge, funded via an apprenticeship scheme, in which I am looking at the use of Criminal Behaviour Orders (CBOs) across all of policing but particularly in Dorset.  CBOs were introduced in 2014 under the Anti Social Behaviour, Crime and Policing Act and are intended to tackle the most serious and persistent offenders where their behaviour has brought them before a criminal court.

A CBO can be applied for at the point an individual is convicted of a criminal offence, but it does not have to be directly linked to the conviction.  For example, a person may receive a conviction for theft but the CBO could cover concerns around their drunkenness in public.

A CBO will have a number of conditions linked to it, normally classed as do’s and don’ts.  Examples include:

How do CBOs work?

For a person under 18 a CBO can last between one to three years and for those over 18 between two years and indefinitely.  Should a person breach the conditions then they could receive a conviction resulting in a fine or imprisonment.

My study is going to consider whether CBOs are more effective at tackling a certain type of offender but will also examine which conditions are breached more often and which appear to be the most successful at supporting individuals in making positive changes. The findings will help inform colleagues and the courts of what is most suitable for different recipients.

I want to hear your views

As in all police activity, it is important that we understand the public’s view and I am very keen to hear from you as to the following.

Thank you very much for taking the time to read this and please do get in touch with your views.

If you have any views about the use of CBOs, please get in touch with me directly at Jim.Beashel@dorset.pnn.police.uk

You can report anti social behaviour to Dorset Police online here or by calling 101. In an emergency, where life is at risk or a crime is being committed, always dial 999.

If you’re not sure which agency you should report an incident of anti social behaviour to, visit the Force’s Ask Ned – or non-emergency directory.