Responding to the latest statistics on mental health 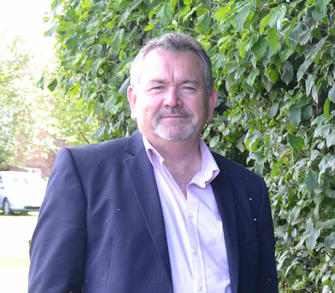 As the Association of Police & Crime Commissioners lead for mental health and custody issues, I find the figures alarming but unsurprising. It’s no secret that policing is taking on increasing and misplaced demand in relation to mental health. In fact, Met figures fail to encapsulate the broader picture in terms of the impact this has on the ability of the police service to carry out its primary responsibilities, on officer stress levels and on the vulnerable individuals involved.

According to a 2014 Home Affairs Select Committee review, the reality we face sees mental illness as a factor in 20-40% of police activity. Policing is a 24/7 service that people in need will go to for help, and this figure will of course include some entirely legitimate use of police time. But we must accept that, as funding for health and social care is increasingly stretched, much of this time is spent staying with people in crisis who should be in the care of other agencies.

While policing has demonstrated a clear commitment to improving outcomes for people experiencing mental health crisis, there remain unresolved problems outside of policing that frustrate the best efforts of the police service to meet the needs of vulnerable individuals and allow them to effectively access appropriate care.

An individual may be arrested for a substantive criminal offence and while in custody display signs of mental health crisis. They may require hospital admission at a time when there are no beds available in psychiatric units. If this is the case, Approved Mental Health Professionals are unable to complete their applications. Under the Police and Criminal Evidence Act (PACE), there is no legal authority for custody officers to detain an individual pending a mental health assessment or the identification of a bed. Custody officers are frequently confronted with a dilemma of holding a detainee without the legal grounds to do so under PACE, or releasing the detainee with potential risk to themselves or the public.

I support and share the Government’s stated commitment to improving the treatment of mental health in our communities. It is my intention, as ever, to work with the Government, the police, the NHS and partners constructively to find a way forward which reduces demands placed on policing and meets the needs of the vulnerable people I was elected to represent and serve.