Latest Tweets
3 days, 15 hours ago
A great opportunity to find out more about opportunities within Dorset police. https://t.co/dZ1UAU8pTE
Follow us

I can only imagine the frustration of returning to your car only to find it has been taken apart.

This is something that happened to a friend of mine recently and has sadly been happening to more and more people across Dorset.

The theft of catalytic converters has become a huge problem around the UK, and sadly it isn’t one that our county has been spared from. 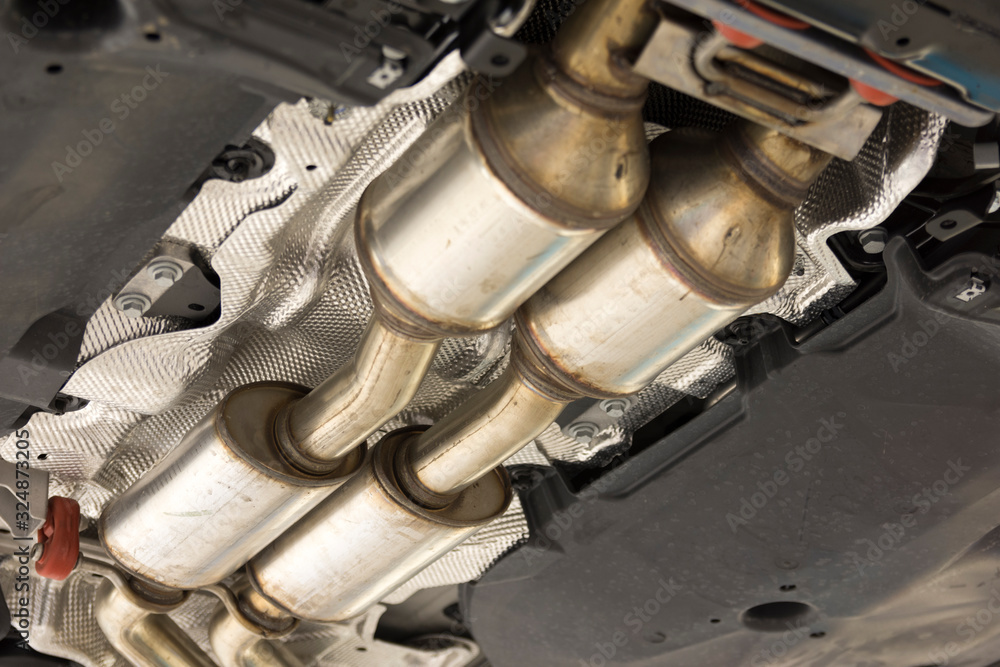 Thieves want to take the devices because they contain precious metals such as platinum, palladium and rhodium, which have rocketed in value and are now worth more than gold.

It’s driven by market forces and make no mistake – those behind it are serious organised criminals. Videos circulating on social media show thieves, equipped with a car jack and cordless power tools, able to get under a car and remove the catalytic converter in less than a minute.

Car insurer Admiral reported that last year there was a 44% increase across the country in claims for stolen catalytic converters, with the average claim being as much as £1,500.

It’s not just an inconvenience. Your car cannot be legally driven without a catalytic converter, and if you depend upon it for work, to get your children to school or to get to people you care for, it will have a major impact on your life.

Here in Dorset, there has been an increase in reports over the last few months, with cases in May doubling compared with the number seen in March.

Many of the cases have been in Bournemouth, Poole and Christchurch, but this is by no means a problem that’s confined to the conurbation and there have been small hotspots in the west and the north of the county.

One of my priorities, which will feature prominently in my new Police and Crime Plan, is to deal with organised crime and catalytic converter theft is something I aim to tackle, working closely with Dorset Police and other partners.

The Force has a robust strategy in place to deal with the problem, which starts with issuing advice to motorists to reduce the chances of them becoming victims.

The advice includes parking your car in a locked garage where possible, but if that isn’t an option, parking in well lit areas. Try to park close to fences, walls or a kerb, as that will make the theft more difficult, and try to avoid parking with one half on the pavement and the other on the road as that gives the thieves an advantage.

Consider installing a driveway alarm and sensor, and park in view of CCTV and video doorbells if you’ve got them. Look out for the Secured By Design (SBD) mark to make sure the security device you’re buying has been accredited on behalf of the police to meet the highest standards.

You can also property mark your catalytic converter with a unique code, so it can be traced back to you if recovered, as well as buying a ‘cage clamp’ or catalytic converter guard that makes it more difficult to remove. Speak to your local dealership to find the best type of guard for your vehicle.

As I said earlier, this is a national problem and so Dorset Police is also working closely with other forces and crime fighting agencies around the country to build up more knowledge about this crime and how best to tackle it.

We also need to make it harder for criminals to sell their stolen materials, so the Force is working with other agencies such as HMRC, the Environment Agency and BCP and Dorset Council environmental services departments to target illegal activity and raise awareness of the property marking scheme. This includes joint visits to scrap metal dealers across the county.

There is work taking place with the motor trade across Dorset, helping car dealerships and garages provide the best advice about how to make their vehicles secure. This includes property marking for identified vulnerable vehicles across the Force. The registered keeper will receive a letter advising them to go to a specified garage to receive this service.

But the police need your help to combat this problem, so please – if you see anything suspicious make sure you report it by calling 999 immediately.

Try to provide the best information:

This is a serious crime being carried out by serious criminals, but together we can stamp it out.