Latest Tweets
10 hours, 43 minutes ago
Out and about this afternoon with @CrimestoppersUK talking about the #OpScorpion campaign and making Dorset… https://t.co/sxXNzY5WIQ
Follow us

One month ago, I was elected as the Police and Crime Commissioner for Dorset.

After three years of campaigning for the role, I already had a very good idea of what I wanted to achieve for the people and businesses of the county. 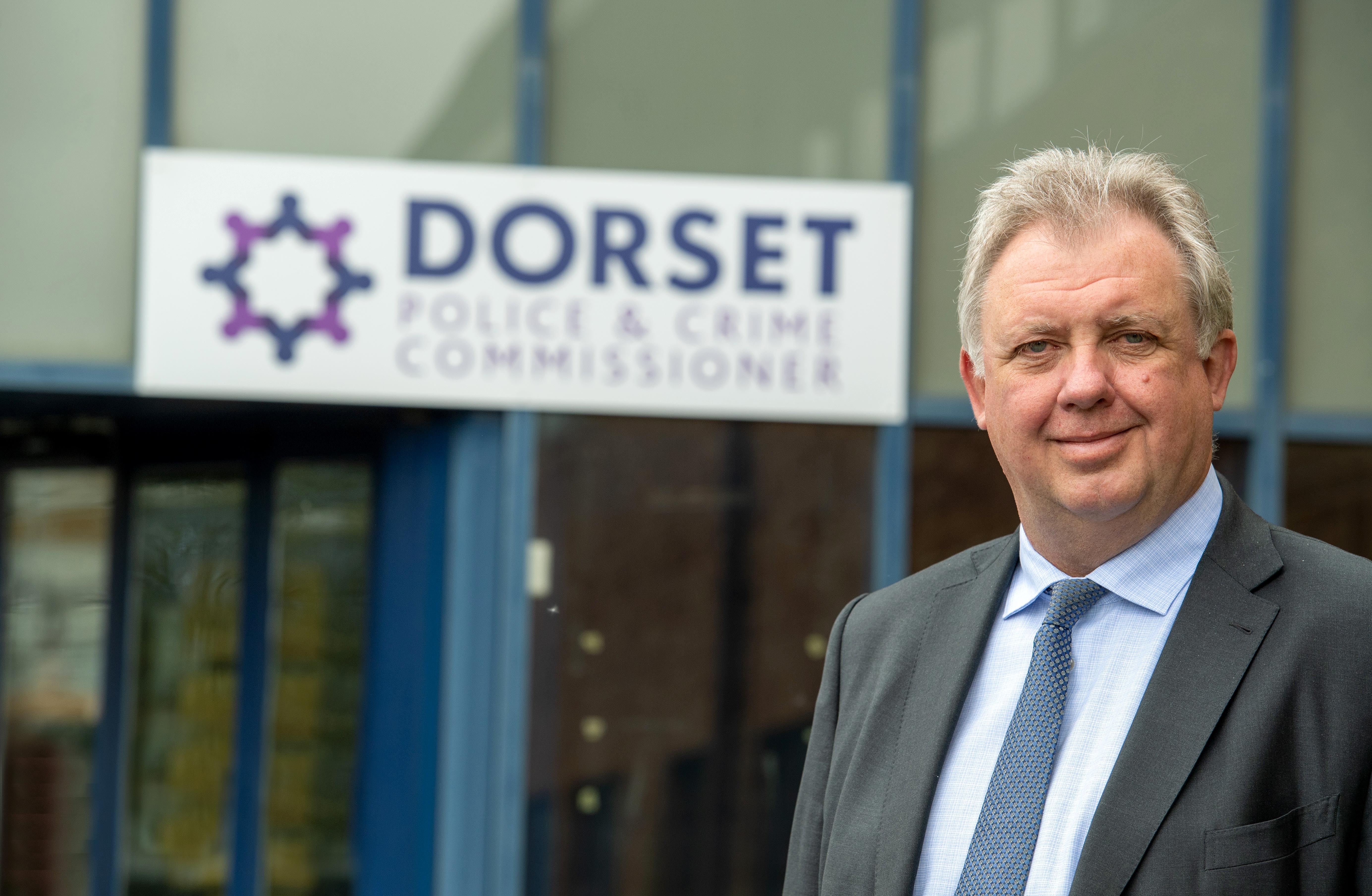 Now, the work of putting that into place has begun in earnest as I develop my plans to make Dorset the safest county in the UK.

I’ve spoken before about my priorities for the county. These are to robustly focus on cutting crime, to bring back community focused policing to the streets of Dorset, to fight organised crime such as county lines drug gangs, to deal with issues affecting our rural communities and to put victims and communities at the heart of everything we do.

My plan for Dorset

I remain focused on these issues, and a good deal of my work over the last four weeks has revolved around forming a plan which outlines exactly how we’ll be able to achieve this. The priorities of my campaign will be the priorities of the plan.

That has involved one group of people I’ll be working with more closely than anyone – my own team in the Office of The Police and Crime Commissioner (OPCC).

You’ll be finding out about the new Police and Crime Plan for Dorset very soon, and over the summer you’ll be getting a chance to have your say on the ideas being put forward.

This plan is not only something that PCCs legally must produce, it’s a roadmap outlining exactly how I’m going to make the county a better place.

Issues close to my heart

But as you know, the real world doesn’t wait for us to sit and draw up strategies, and so you will see announcements from me and the Force before the plan is in place.

That’s why I’m delighted the Force has already been able to launch some new initiatives which will have a real impact on two issues that are close to my heart, and which I know cause a lot of concern to Dorset residents.

The first involved e-scooters, the use of which has shot up in recent months. Officers have been out and about across Bournemouth talking to riders of private e-scooters, letting them know exactly where they can use these devices legally – and more importantly where they can’t – and warning them they risk having the items seized.

The second is a campaign to issue crime prevention advice to dog owners. Although there have mercifully been very few cases of dog theft in Dorset, news about an increase across the country is something pet owners worry about a lot.

BCP’s Multi-Agency Command Centre, which brings officers from the police, council, and other agencies together to respond to issues in real time, will be invaluable when large numbers of visitors arrive on Bournemouth’s beaches this summer. It’s an excellent example of organisations working together in partnership and is something I want to see far more of.

It’s been a huge honour to start getting to know some of the dedicated people across the Force and in the OPCC who I’ll be working with over the next few years to make my clear vision a reality. It’s also been really useful as I’ve been finding out more about Dorset Police, speaking to individuals I had met previously along with others working in areas of policing new to me.

As well as getting to know senior officers, some of whom I’d met on the campaign trail, and finding out about the high-level strategies, it’s also been a great privilege to meet many officers working on the ground.

These include Sue Hillier and Elizabeth Porcher from the dog section. It’s been fascinating to learn more about their work, what they’ve got planned and what I might be able to do to support them.

And it was a great honour to be able to address the first online awards event for Special Constables and Police Support Volunteers.

The Force has more than 140 Special Constables and 160 volunteers. They all do tremendous work and it was wonderful, during Volunteers’ Week, to have been able to pay tribute to their efforts.

Last week was Volunteers’ Week and therefore it is absolutely appropriate that I should also mention other volunteers that make a difference across Dorset such as Neighbourhood Watch and Community Speedwatch – they do an amazing public service and we know that these initiatives work.

It’s been an incredibly busy month with far too much going on to list here, but I hope this has given you a flavour of what I’ve been up to.

Rest assured – you’ll be hearing a lot more from me very soon as we bring the plan to reality, driving us towards making Dorset the safest county in the UK.