Latest Tweets
1 day, 11 hours ago
Last month the Police, Crime, Sentencing and Courts Act passed, so I want to talk about what this means for Dorset.… https://t.co/uYcz5srGBu
Follow us

Last week, I wrote about anti-social behaviour – a problem affecting many people’s lives in Dorset.

I’ve heard from people across the county about neighbourhoods being blighted by persistent incidents of nuisance and disorder.

All too often, many of these problems are sadly laid at the feet of teenagers who are perceived by some as causing trouble as they have nothing to do.

I know this perception is often incorrect and last night I was honoured to meet a group of young people who demonstrated how they were part of the solution rather than the problem. 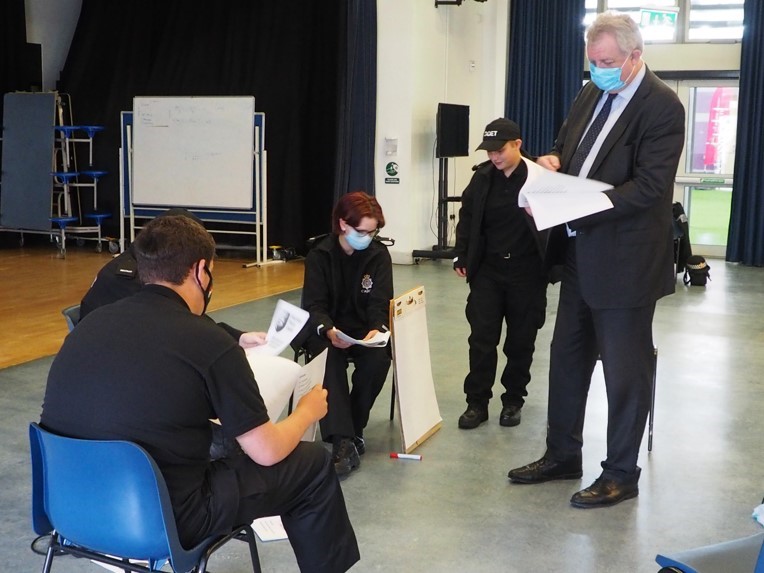 I went to Bournemouth’s Bourne Academy to see members of our Volunteer Police Cadet Unit put their heads into dealing with anti-social behaviour.

I’d been invited to sit on the judging panel for a ‘Dragon’s Den’ style event, in which the cadets were given a scenario, very similar to real-world situations which officers and council staff deal with on a regular basis, and presented their own ideas on how they would solve it.

The ‘dragons’ were made up of myself, Inspector Alyssa Forrest of Dorset Police’s Prevention department, and the unit’s leader Suzanne Millwood and deputy leader Sarah Franklin.

The cadets were asked what they would do about a fictional park that had become grimy, run down and uninviting, with graffiti on the seating shelters, smashed beer bottles around the picnic bench and a dumped sofa by the play area – in other words, a haven for anti-social behaviour.

The young people had to consider what could be done to help this situation, both in the long term and in the short term, working with their local Neighbourhood Policing Team and others, using the skills they had developed during their time in the cadets. 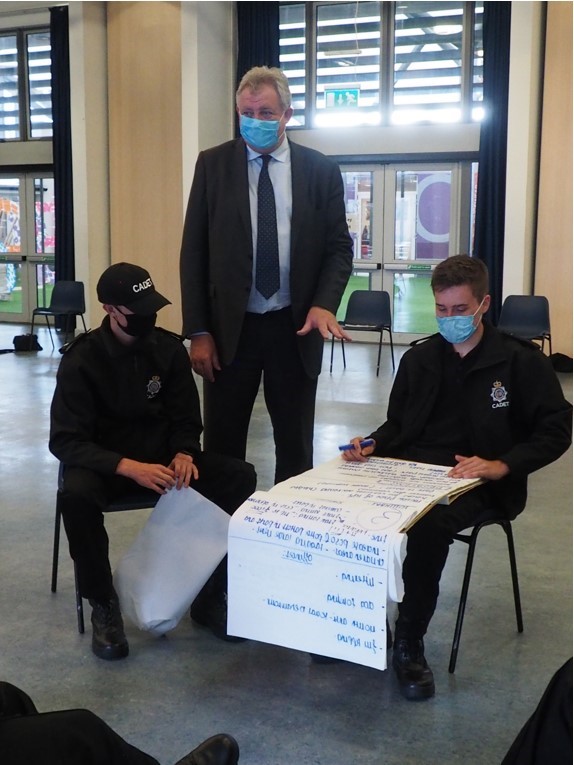 We listened to some inspirational suggestions and it was fascinating to hear the young people bouncing around ideas, debating and coming up with a fresh take on problems similar to those often faced by people in their own communities.

I’m a firm believer in trying to get as many different views as possible on a problem, and this week’s event proved that young people can offer important solutions to many of society’s problems.

The session was part of the National Volunteer Police Cadets’ Youth Voice scheme, designed to harness the experiences, knowledge and actions of young people, and I’m glad to say that our own cadets were chosen along with those from Gwent and West Yorkshire to take part in the pilot for this exciting programme.

It was incredible to be able to watch these young people put their minds towards problem solving and to see their confidence as they were able to speak to members of the panel.

The cadet unit was set up by Dorset Police and my office in the summer of 2019 and is all about building bridges between young people, the community and the police. It isn’t a police recruitment tool, but cadets do learn about the law, policing procedures and the skills that officers need, such as communication, interpersonal skills and team working.

These are all solid skills for personal development, and what I saw this week was a group of confident young people who were keen to make a difference and play a positive role in their communities.

As well as helping young people develop, the cadet unit is run by fantastic volunteers who themselves take a huge amount out of their involvement in the scheme. The Force is always looking for cadet leaders, who come from all walks of life and don’t need to have any previous police experience – just a desire to help young people achieve their best.

I am very clear that although we were late to adopt the idea of police cadets in Dorset, they are a force for good in the community and I will be seeking to increase their numbers across Dorset during my term of office.

What I saw this week was the incredible potential of what our young people are able to achieve, and it gave me plenty of reasons to feel optimistic about the future.