Latest Tweets
1 day, 17 hours ago
I welcome the changes that the Police, Crime, Sentencing and Courts act brings, especially the harder sentences for… https://t.co/5Hzbt6IBj5
Follow us

This week has seen an event taking place that demonstrated the power that can be wielded by dedicated members of the public keen to do something for their neighbourhoods.

Community Speed Watch groups from across Dorset came out in force, looking out for motorists driving at unacceptable speeds through their estates, towns or villages.

The community day of action saw more than 140 volunteers from 35 teams go out using radar devices to monitor the speed cars were travelling through their areas.

The day resulted in 335 warning letters issued to motorists – more than half of whom were from Dorset.

A total of 48 one hour sessions were carried out across the county during the day, and the highest speed recorded was 62mph in a 30 limit in Westbourne around lunchtime. That is clearly unacceptable and shows the importance of the work carried out by Community Speed Watch.

So, how does the scheme work? Each of our Neighbourhood Policing Team areas has a Community Speed Watch liaison officer, who either receives requests from residents or proactively recruits from the community. Once volunteers have gone through the proper checks, they are given full training in using speed checking equipment.

They’re then ready to go out with the kit, taking the registration number of any vehicles they observe speeding through their local areas, with Dorset Police sending warning letters to the registered keeper of any cars, vans or motorbikes they spot. However, any motorist who thinks they might get away with a ‘slap on the wrist’ after speeding past one of these teams could well be in for a nasty shock.

Some teams now have Police Support Officers working alongside them, carrying out joint enforcement sessions. Anyone detected speeding in those cases will find an official Notice of Intended Prosecution landing on their doormat very soon – that means a £100 fine and three points on their licence unless they get the chance to attend a speed awareness course.

Community Speed Watch is a real success story for Dorset. The scheme now has almost 1,000 volunteers who have decided they’d had enough of speeding motorists with no concern for the safety of their neighbours, including elderly people or children.

I went out with two Community Speed Watch groups while I was campaigning to become Police and Crime Commissioner, and I was incredibly impressed by the work they did, as well as their commitment and dedication.

It’s an incredible scheme and I’m very keen on supporting it and expanding the number of teams carrying out this important work.

Speed is one of the fatal five factors which contribute to road collisions, alongside drink/drug driving, using a mobile phone while driving, failing to wear a seat belt, and careless driving. It’s also a major factor in all traffic collisions, with more than 700 people dying and more than 4,500 injured across the UK every year because a motorist was speeding.

So, the work of our Community Speed Watch volunteers is ultimately about saving lives and, along with education and police enforcement work, forms a key part of the jigsaw when it comes to keeping people safer on Dorset’s roads.

If anyone is interested in playing their part, I’d encourage them to get involved and go here to register their interest in forming a Community Speed Watch team. 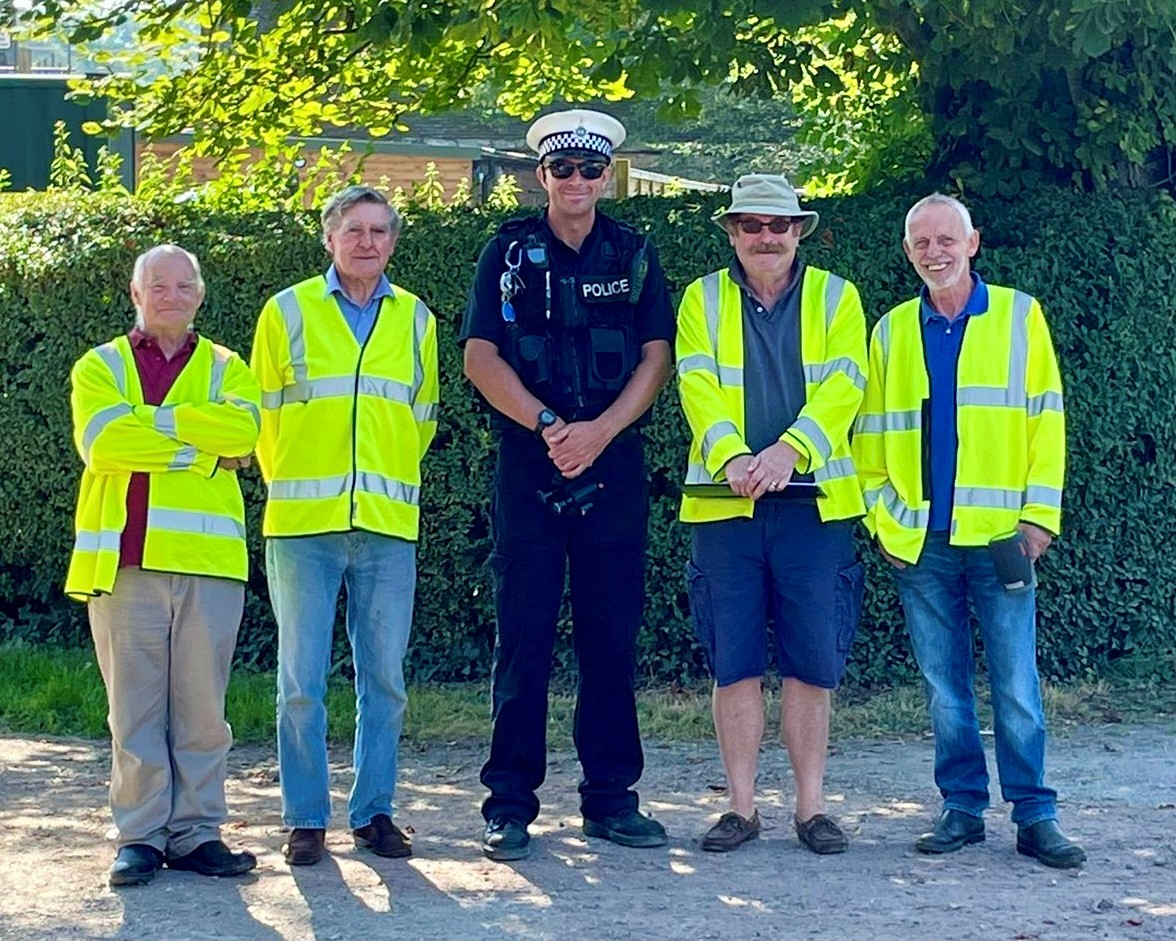 I’m a passionate believer in tapping into the huge resource of talented and passionate volunteers we have across our county and my Police and Crime Plan, which will be unveiled next month, will set out how we need to do more of this to put the community at the heart of what we do.

Along with Special Constables and Neighbourhood Watch Teams, Community Speed Watch is yet another great example of how work done by volunteers can make a huge difference. But there are many other examples of how members of our communities, who come from all sorts of backgrounds, can have real benefits on the lives of others by giving a little bit of their time.

The dedicated leaders who run our police cadet units are helping young people thrive. New groups are now being set up in Weymouth and Poole, following the outstanding success of our first units in Bournemouth.

I was lucky enough to go to one of their sessions and see how cadets were developing confidence and real life skills such as communication and team building – all due to the selfless work of the dedicated leaders who give up their free time every week.

And Independent Custody Visitors, run by my own office, carry out essential work going out to visit people held in police custody to ensure they are detained in a dignified and safe manner.

Volunteers come from all parts of our community, and the work they do has a genuine impact on making Dorset a better place. If you’re interested in finding out more, take a look at examples of how you can volunteer to help my office or Dorset Police.

My admiration goes out to anyone who has the get up and go to set up a Community Speed Watch team, or to take part in other volunteering opportunities. You are making a difference with what you do, and I hope you will be an inspiration to others.