Latest Tweets
5 hours, 7 minutes ago
RT @Chris Smith: Think of the amazing volunteers who are on call and don’t need extra risk of exposure over the next few weeks. https://t.co/bksa4zOCv5
Follow us 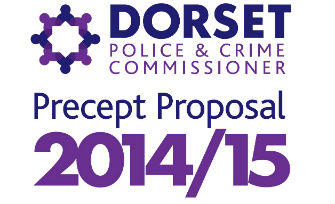 The policing precept increase equates to a rise of £3.60 on the current year for a Band D property meaning households across Dorset will pay an extra seven pence per week from April as their contribution towards policing the County.

Dorset PCC Martyn Underhill said: “I would like to thank the Dorset Police and Crime Panel for thoroughly considering my precept proposals and everyone who has taken part in our precept consultation.”

“My decision to raise the precept has not been made lightly. The 1.96% option represents the best balance between sustaining policing in Dorset over the long term, whilst seeking to limit the impact on council tax payers, in the context of reduced central funding and increased demand on policing services.”

“In the public consultation exercise that was undertaken, the majority of respondents were supportive of my precept proposal. This was an important factor in my deliberations.”

Seven members voted for the PCCs precept proposal and nine voted against.

The Police and Crime Panel has the power to veto the proposed Precept if it decides it is either too high or too low but the veto must be agreed by two-thirds of Panel members.