Latest Tweets
1 hour, 12 minutes ago
Like so much else this year, Bonfire Night will be a very different experience, with many organised events cancelle… https://t.co/hy26LKP7IS
Follow us

Anti-Slavery Day takes place every year on 18 October and reminds us that slavery is not confined to the past. In fact it is much closer to home than you may think. 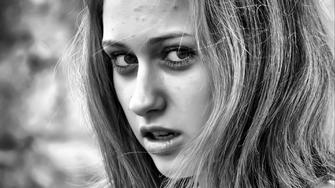 The national day, created by the Anti-Slavery Day Act, is an opportunity to raise awareness of modern slavery and human trafficking and encourage everyone to do what they can to address the problem.

Modern slavery is a form of organised crime in which people are treated as commodities and are exploited. The exploitation can take many forms, including sexual exploitation, criminal exploitation and forced labour. There is also no typical victim of modern slavery – anyone can be exploited. Victims can be men, women or children. They can be any age and from any background.

The most widespread form is called ‘debt bondage’. This is when a person is forced to work as a means of paying off a debt to the offender. The victim often becomes trapped into working for very little or no pay and are forbidden to work for anyone else. They have little hope of ever paying off the debt which may be passed down to their children.

With different forms of exploitation and no typical victims, modern slavery can be very hard to spot. This is why the police need your support. Please, if you see anything suspicious and suspect people might be being trafficked in your area, report it. Every report helps build a picture of what is happening in Dorset and can help bring the Police closer to disrupting organised crime networks and protecting victims.

Human Trafficking often hides in plain sight which is why it is crucial to raise awareness within our communities.

Here is a list of things Dorset Police says you should be looking for:

I encourage anyone who thinks it could be happening in their area to report it either to the police or to the Modern Slavery Helpline on 0800 0121 700.