Latest Tweets
4 days, 17 hours ago
The Office of the Police and Crime Commissioner for Dorset send profound condolences to Her Majesty The Queen and t… https://t.co/nyArDiqs6y
Follow us

Dorset Police officers and staff have submitted more than 100 bids to a new fund aimed at enabling the Force to develop innovative projects and transform for the future.

Dorset Police and Crime Commissioner Martyn Underhill and Chief Constable James Vaughan set up the one million pound Innovation Fund in spring 2019, using money that had come from a combination of reserves and efficiency savings.

People from across the organisation were encouraged to come up with ideas and an Innovation Board was established to decide whether they were feasible.

Just over a third of these have already been turned into projects that are now up and running, with another 45% now being developed.

The first innovation board, which met in March 2019, provided funding for a range of schemes including the county’s first police cadet service as well as a bobby van, which was launched earlier this year and provides security measures to residents who have been victims of multiple burglaries.

Other schemes since developed include a system in which statements from victims or witnesses of crime can be taken over the phone, and emailed across so they can be signed via a secure platform.

The system, operating since October, reduces the amount of time officers have to spend taking statements and has proved far more convenient for members of the public, particularly during the lockdown period.

The fund also set up an automated facility giving initial advice and links to support services to victims of domestic abuse. The pilot scheme, set up as a result of victims saying there was no one-stop shop for support, is being used alongside existing professional advice services.

And a trial joint response unit, crewed by a police officer and a paramedic, was set up between Dorset Police and the South Western Ambulance Service Trust to run over a three month period testing how well the scheme could boost public safety and manage demand.

This unit was deployed to more than 40 incidents in which both a police officer and an ambulance would normally have been dispatched, including a serious road traffic collision and a call for concern for an older woman who was safely returned to her carers with the help of both organisations’ data. 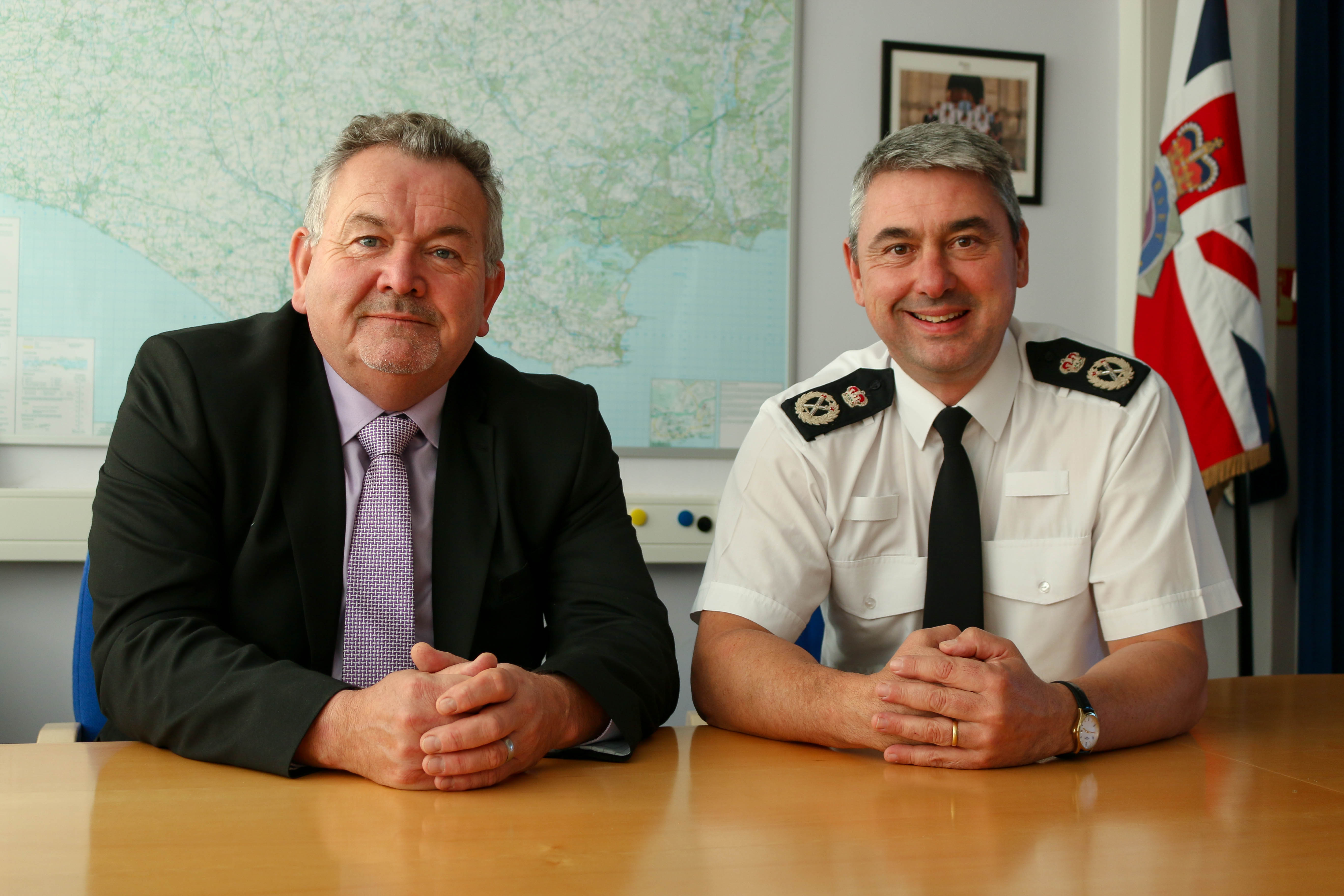 Police and Crime Commissioner Martyn Underhill said: “Many of these schemes have taken just months from being suggested by an officer or member of staff to being developed into working projects which are making a real difference.

“Police forces need to innovate in order to meet the challenges the future will throw at us, and this fund is already proving invaluable by taking the best ideas from the front line and turning them into new ways of fighting crime and keeping people safe.”

Chief Constable James Vaughan said: “To enable us to respond and adapt to emerging and new crimes, it is imperative that we are innovative and agile. We have a fantastic talented and diverse workforce and we have empowered them to come up with new ideas to bring about change.

“Some of our greatest new ways of working have come directly from our officers and staff and it is thanks to their input that we have been able to make a difference to our workforce, as well as implement new initiatives that help support the communities we serve.”